WHO WAS MANUEL L. QUEZON?

MLQU’s founding was inspired by the ideals of Manuel L. Quezon, who served as president of the Commonwealth of the Philippines from 1935 to 1944. He was a fiery and fearless man willing to sacrifice everything so that his people may enjoy the dignity of living as free men.

Manuel L. Quezon University is founded on the principle of Know Thyself. On its logo is emblazoned the words Pro Patria et Jure: for Country and Law. From these words are implied the ideals to which the Founding Fathers committed themselves:

They envisioned an institution that would provide ambitious yet financially disadvantaged young people with the well-rounded education and professional training needed to get ahead in life and serve meaningful roles in Philippine society.

The Manuel L. Quezon University (MLQU) is a non-sectarian and educational private institution of learning, registered with the Securities and Exchange Commission as a stock corporation and operates with the authority of the Department of Education (DepEd), the Commission on Higher Education (CHED) and the Technical Education and Skills Department Authority (TESDA).

The University’s glorious beginnings took inspiration from the Filipino leader of unequalled charisma – the fiery, controversial and fearless Manuel L. Quezon, a man willing to sacrifice all so that his people may enjoy the dignity of living as free men. The University is founded on the principle of Pro Patria Et Jure: For Country and Law and on the Philosophy of Know Thyself.

MLQU owes its existence to the idealism of the following men namely, Justice Carmelino G. Alvendia, Atty. Manuel O. Chan, Dr. Anselmo S. Claudio, Justice Arsenio P. Dizon, Dr. Leoncio B. Monzon, Justice Jose B.L. Reyes and Senator Lorenzo M. Tañada. Headed by the first Chairman of the Board and the first President of Manuel L. Quezon University Dr. Leoncio B. Monzon, envisioned an institution that would provide ambitious yet financially disadvantaged young people with the education and professional training needed to get ahead in life.

The vision was realized on November 1, 1947 when Dr. Monzon, dean during that time, was joined by eighteen professors from the school in an old building at the corner of Mendiola and Legarda Streets to form a law school with an enrollment of 643 students.

The fledgling school produced its first batch of graduates in the following academic year and in the same year, the school registered a passing average of 97.5% in the Bar Examinations. In 1949, it exceeded its first record with a 100% passing average with three of its graduates making it to the Top Ten.

The brilliant record of MLQU in the Bar Examinations attracted more students, thus making it imperative to transfer to a new site on R. Hidalgo Street, Quiapo, where a one-storey structure was constructed and later rebuilt into a 4-storey edifice. In the coming years, the continuous burgeoning enrollment of the Law School required more space and thus the Legarda Mansion on R. Hidalgo Street and the Arlegui Compound were also acquired.

As the University grew, several academic units were established to complement the Law Curriculum namely, School of Arts and Sciences in 1948, Education in 1949, Commerce in 1952, Graduate Studies in 1953, Engineering in 1954, and Architecture in 1956, but the last two programs were later merged into a single unit. However, the School of Architecture became a separate unit in 1970. In 1975, Criminology, a former department of the School of Arts & Sciences, acquired the status as an academic unit. In 1981, the Department of Secretarial Education under the umbrella of the School of Commerce likewise became an academic unit. In 1984, the School of Information Technology was added. The need to streamline operations in the 1990’s required merging the Secretarial Education program with Commerce resulting in the establishment of the School of Accountancy and Business Arts in 1997 and the merger of the Arts and Education into the School of Education, Arts and Sciences in 2001. To address the library needs of students enrolled in the various curricular programs offered by the University, the Justice Arsenio P. Dizon Research Center was established.

In October 2014, property developer New San Jose Builders, Inc. (NSJBI) acquired ownership of MLQU. NSJBI is a Filipino-owned company established in 1986 headed by its Chairman and Owner, Mr. Jose Rizalino Acuzar. Its acquisition of MLQU has opened more doors to the university and its graduates. The continuous upgrading of facilities, offering of new programs, procurement of equipment, partnership with government agencies, educational institutions, etc. have created a more conducive learning environment for students to push their limits and do their best. NSJBI joins every Filipino student in achieving a better life through education.

The MLQU has every reason to be proud of producing alumni who have reached the top echelons of power in the government service, as well as in the academe, in business and industry, and in private practice. Some of the illustrious alumni of MLQU are former Secretary of Justice Ricardo C. Puno, Sr., Human Rights Advocate Sedfrey Ordoñez, Retired Supreme Court Justice Isagani A. Cruz, Two of Justice Puno’s students, Jose Melo and Jose Vitug became Supreme Court Justices, Congressman Antonio Abueg, Jr., COMELEC Commissioner Vicente Lima, former NBI Director Mariano Mison, Assemblyman Alejandro Fider, among others.

“These thoughts, these hopes, these dreams and the trials that its founders shared together benefit to the fullest measure by thousands of students, present and past, and thousands yet to come, and are enshrined in the name of Manuel L. Quezon University” (as cited by Ricardo C. Puno, Sr. , The MLQU Story).

MLQU shall be the learning center of nation builders and stewards of sustainable development by providing holistic quality education through excellent instruction rendered by educators and leaders in their fields of specialization.

To produce nationalistic competent learned and upright Filipinos imbued with the spirit of selflessness and committed service to society through quality education and training.

To contribute to the creation of a sustainable nation through production of globally competitive professionals who shall serve as innovators and integrators of ideas and technology across all sectors, and stewards of the physical and social environment.

Illustrious alumni who have risen to top echelons of power in the government service as well as academe, business and industry and private practice include: 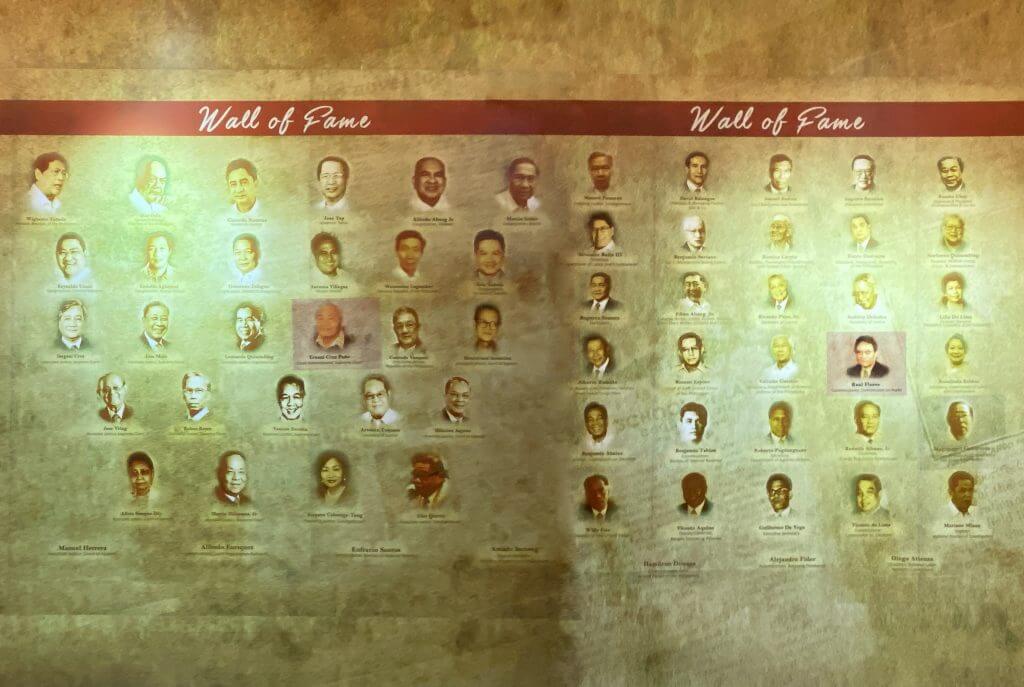