The School of Law will unleash your true potential to equip you to pursue careers centered on the practice of law for a better society.

The Manuel L. Quezon University – School of Law will thoroughly equip you to become a competent legal practitioner deserving of public trust, armed with the necessary legal knowledge and training as future lawyers that will shape our future.

We aim to develop the following in each of our students: 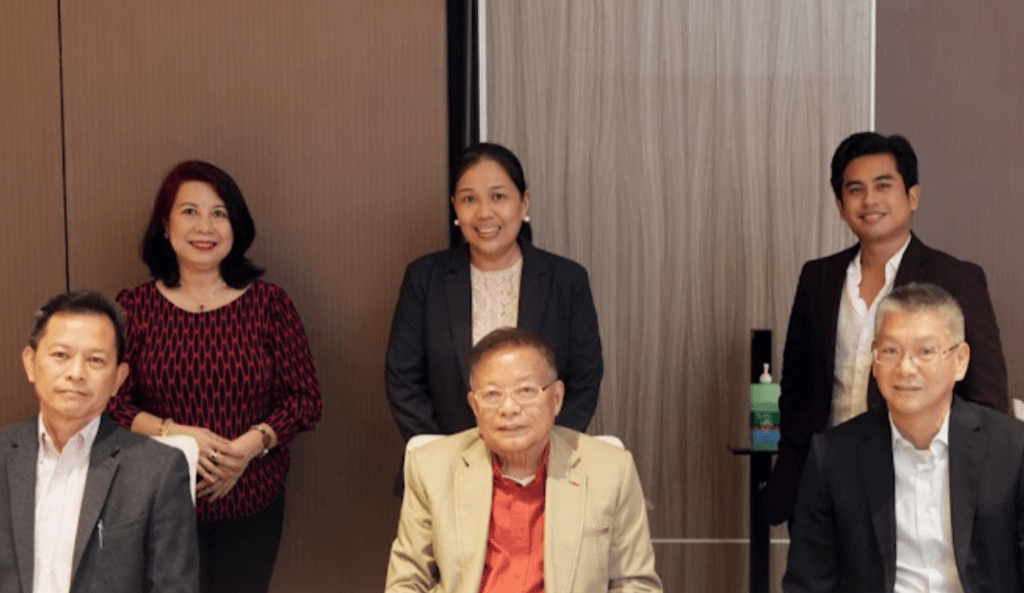 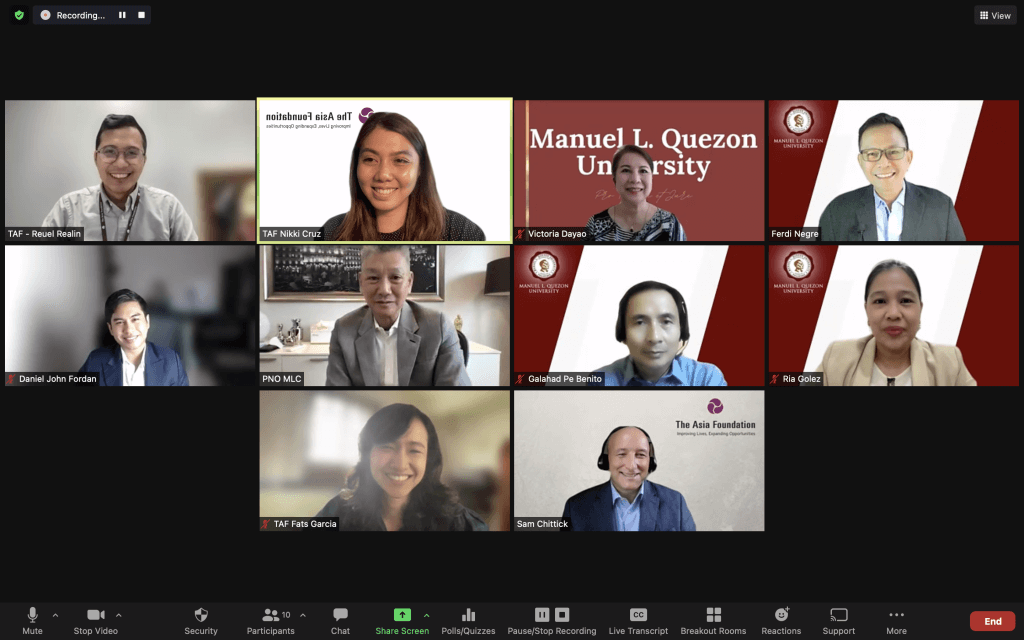 The Manuel L. Quezon University (MLQU) and The Asia Foundation (TAF) entered into a Memorandum of Agreement that would establish the MLQU Law Clinic which will serve as a bridge to help people, particularly indigent members of the community, access to justice through competent legal assistance. 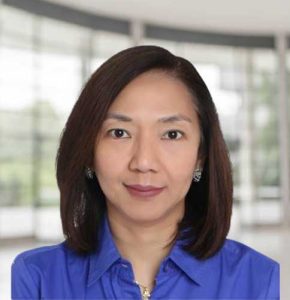 Justice Singh is a graduate of the University of the Philippines Cum Laude with a Bachelor of Arts Degree in English majoring in Imaginative Writing. She then proceeded to law school and earned her Juris Doctor degree from the Ateneo de Manila University School of Law with Second Honors distinction. She also studied at the Washington College of Law of the American University in Washington, D.C., USA for a Master of Laws in International Legal Studies. She practiced law for 10 years before joining the Judiciary in October 2002 as the Presiding Judge of Branch 31 of Metropolitan Trial Court of Quezon City. She is currently an Associate Justice of the Court of Appeals, where she served as the Chairperson of the Court’s Committee on Continuing Judicial Education. 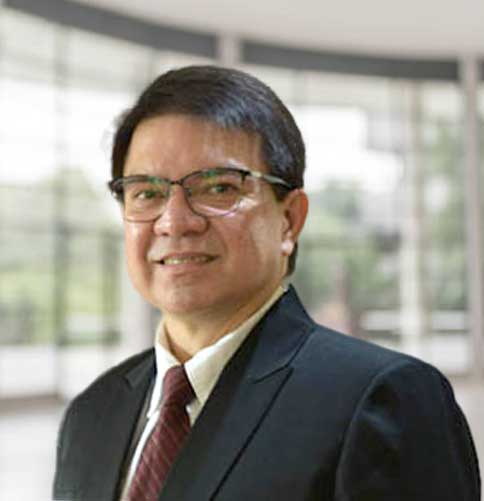 Justice Martin is in his sixth year as an Associate Justice of the Court of Appeals (CA) having been appointed in May 2015. He began his legal career as an Associate Solicitor at the Office of the Solicitor General (OSG) right after passing the bar in 1993, where he spent eleven fruitful years. In his eleventh year in the OSG or in 2004, Justice Martin was appointed Presiding Judge of the Regional Trial Court (RTC), Br. 73 in Antipolo City, assigned to Heinous Courts and Family Courts, where he was likewise designated Executive Judge soon thereafter. After another eleven years or in 2015, he was promoted to his present position as Associate Justice of the CA. 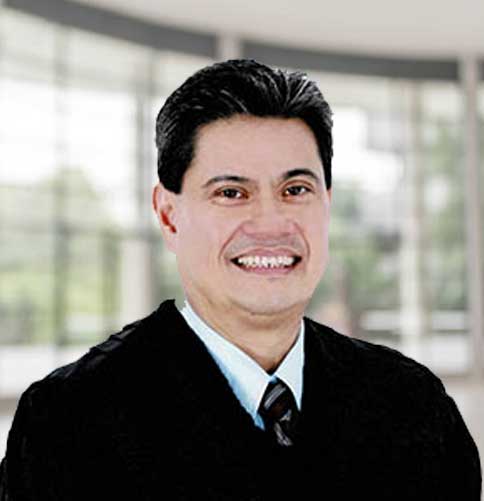 Justice Lauigan joined the judiciary in January 2012 when he was appointed as Presiding Judge of the Regional Trial Court (RTC), Branch 1, Tuguegarao City. Soon thereafter, in March 2014, he was appointed as the Vice-Executive Judge of the RTC, Tuguegarao City. In October 2018, he was promoted to Executive Judge, a position that he held until his appointment on March 3, 2020, as Associate Justice of the Court of Appeals. He is presently a Member of the 5th, 14th, 15th 16th and 17th Divisions of the Court of Appeals, arguably the second highest court in the land. 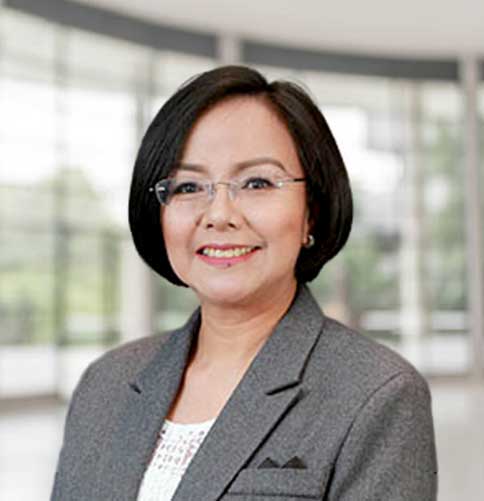 Prof. Grecia-de Vera received her Bachelor of Laws degree from the University of the Philippines in 1995 and was admitted to the Philippine Bar in 1996, having obtained the 7th highest ranking in the Bar Examinations. She obtained her Master of Laws degree from Northwestern University in 2010. She served as Dean of the Manuel L Quezon University School of Law in 2015. She is currently a senior lecturer in Political Law and Constitutional Law at the University of the Philippines College of Law, where she also serves as the program lead of the recently launched Competition Law and Policy Program. Prof. Gwen Grecia-de Vera recently returned to PJS Law, where she leads teams in infrastructure and transaction advisory, regulatory and compliance, and arbitration. 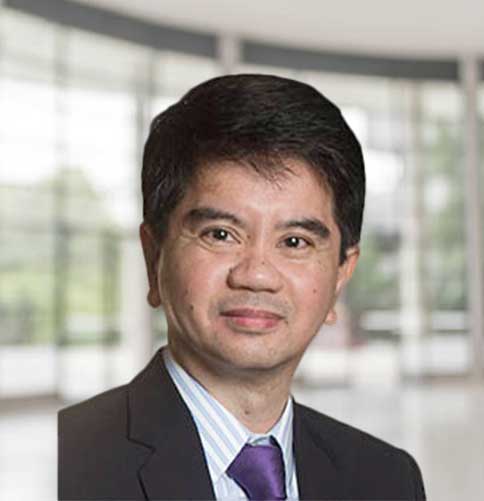 Atty. Riguera graduated in 1991 at the upper third of his class at the Ateneo de Manila University School of Law, in Makati City. Upon his admission to the bar in 1992, he worked as a law clerk for former Chief Justice Hilario G. Davide, Jr. of the Philippine Supreme Court. In 1995, he became counsel for Insular Savings Bank (now Citibank Savings Bank) and in 1997 he was hired as counsel for Philippine Commercial Capital, Inc., one of the top five investment banks in the Philippines. He is a professor of law at the Far Eastern University and the University of the East, where he lectures on remedial law review, which includes civil and criminal procedure, special proceedings, and evidence. He is also the founder of Riguera & Riguera Law Office and Jurists Bar Review Center. 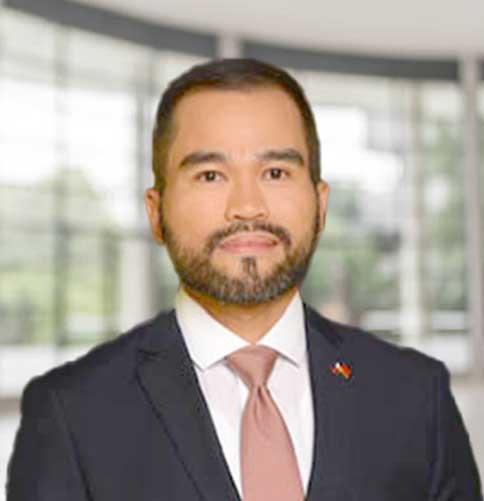 Prof. Refran is a Certified Public Accountant (CPA), lawyer and a capital market professional. He is the Chief Operating Officer (COO) of The Philippine Stock Exchange, Inc. (PSE). Roel started his career at SyCip Salazar Hernandez and Gatmaitan before joining public service as chief of staff of Sen. Ralph G. Recto, Chair of the Senate Ways & Means Committee. He had a brief stint at ACCRA before joining PSE. He is a Professor of Law at Ateneo Law School, lectures in the MCLE and bar review programs, and serves as the Vice-Chair of the Commercial Law and Intellectual Property Law Department of the Ateneo Law School. He holds a Juris Doctor degree (Second Honors) from the Ateneo Law School, and he placed 4th highest in the 1999 national bar examinations, which registered the lowest national passing rate of 16.59% in the history of the bar exams. 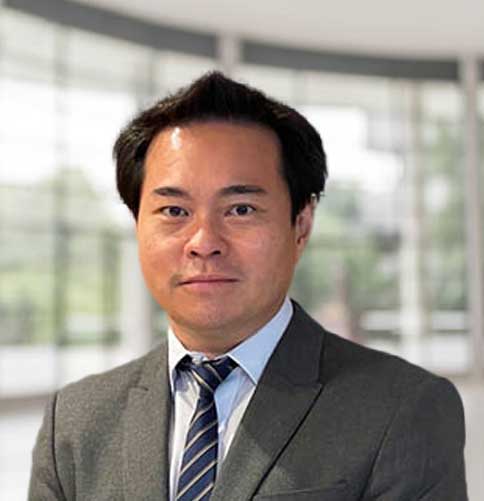 Atty. Siao is an experienced lawyer who has been in the practice of law for more than 18 years. He is adept at solving problems for domestic and foreign clients and corporations. His experience is built on Corporate & Special Projects, Labor, Civil and Criminal Litigation, Intellectual Property, and Taxation Law. He is a founding partner of the Tiongco Siao Bello & Associates Law Offices, which he established after having been with the Angara Abello Concepcion Regala & Cruz Law Offices (ACCRALaw). He was admitted to the Philippine Bar in 2004 and graduated number 8 in his graduating law school class. 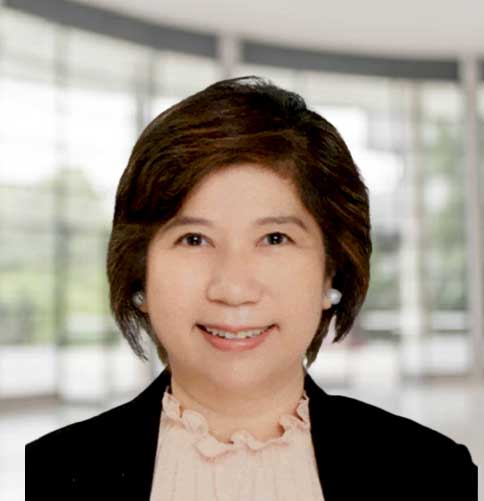 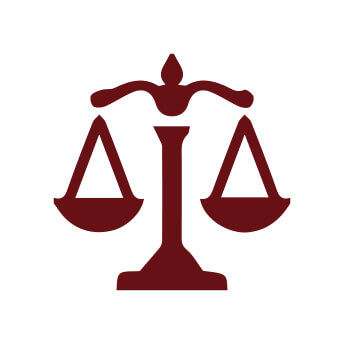 The Juris Doctor (J.D.) Program is a basic law degree for students who have undergraduate degrees in other disciplines and those who have studied law in civil law countries and in other jurisdictions. It entails a comprehensive study of general principles and basic legal theories through a systematic and analytical examination of Philippine laws and statutes vis-a-vis the Supreme Court’s interpretation thereof. Students are expected to read statutes and various case laws to fully understand and contextualize Philippine laws within our own legal and societal landscape. 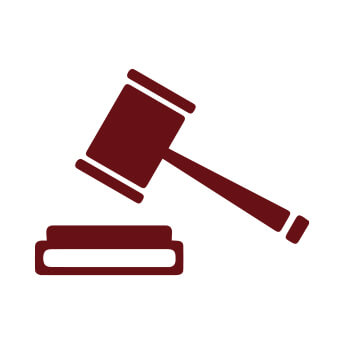 The Master of Laws (LL. M.) Program of the MLQU equips the students with specialized knowledge in emerging international legal issues, particularly: Technology, Commercial Law, International Human Rights, and Environmental Law. It aims to prepare multidisciplinary legal specialists with a focus in trade, commerce, and technology. The Program familiarizes its students with the intricacies of interwoven domestic and international law by offering comparative studies of these varying laws in different jurisdictions. It also keeps the units of the core courses to a minimum to allow students to craft the path of their own choosing.

Connect with the School of Law 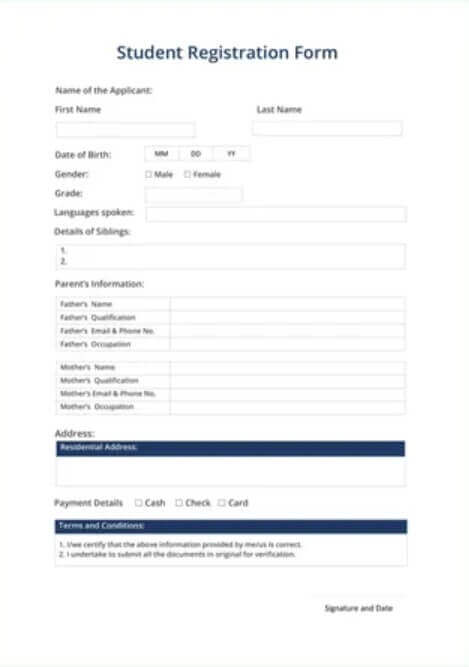